This seems to be great news for our industry.

Businesses are getting more comfortable buying technology from start-ups and other small outfits, a shift that could usher in a period of slower growth for tech giants such as Hewlett-Packard Co.  HPQ -0.37% and Oracle Corp. DELL -0.27% 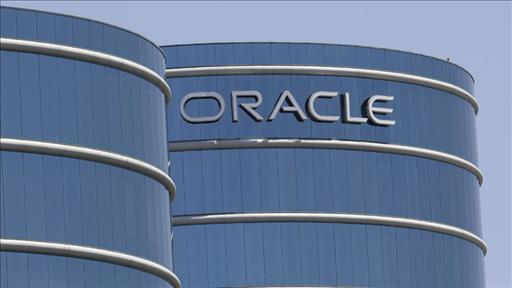 Businesses are increasingly turning to start-ups and other small companies for new technology, in a shift that could usher in a period of slower growth for tech giants such as Oracle and H-P. Ben Worthen has details on The News Hub.

Spearheading the change are tech buyers such as Vanguard Health Systems Inc., VHS +0.51%  a Nashville, Tenn., health-care company that has a $100 million-plus annual tech budget. In the past, Vanguard Health used to stick with just a few tech vendors such as Microsoft Corp.  MSFT +0.77% and Cisco Systems Inc. CSCO +0.43%

But more recently, Scott Blanchette, Vanguard’s chief information officer, chose a three-year-old start-up instead of one of its incumbents for software to help spot trends in clinical data. The software from the start-up, Explorys Inc., costs less and could get up and running faster, he said.

“Take a large company like us and partner with a big company like [International Business Machines Corp. IBM -0.67% ] and the results will be predictably slow,” said Mr. Blanchette. Vanguard Health currently spends about 25% of its tech budget with the small companies and Mr. Blanchette said he would like that to approach 50% in a few years.

Mr. Blanchette is one of many CIOs who are now shifting more of their spending to smaller tech providers. Many of these executives, who hold the purse strings to their company’s tech budgets, said smaller companies are now quicker to embrace new computing models, have products that are easier to deploy and tend to respond better to customers than the giants.

To be sure, many CIOs said they won’t stop buying products from the titans. Some said they turn to them first before looking elsewhere. “What I hear from CIOs is that they want to buy from a fewer number of larger vendors because they want one throat to choke,” said H-P Chief Executive Meg Whitman.

Meanwhile, the benefits promised by some of the biggest tech vendors—such as fewer systems to tie together and one contact for all issues—haven’t fully materialized. “There is frustration with the big vendors,” said Christine Ferrusi Ross, an analyst at Forrester Research.

There is no precise data that shows the tech-buying shift. In a recent study by the CIO Executive Council, a peer group for IT executives, corporate tech buyers gave their top vendors a score of only 3.23 out of 10 across 20 categories, such as providing honest communication and demonstrating an ability to innovate.

The dollars at stake are huge. Gartner Inc.  IT +1.19% projected in July that world-wide corporate IT spending is on pace to hit $3.6 trillion this year, up 3% from last year.

Old-line tech vendors have taken notice. Microsoft in July paid $1.2 billion for Yammer Inc., which makes social-networking tools for businesses. IBM, Oracle and SAP AG  SAP.XE +1.64% have all spent billions for younger online software makers. And H-P executives talk about reinventing the company by expanding into three hot businesses that aren’t among its main ones today.

“That is a challenge to big companies to show that we can innovate,” said Sanjay Poonen, president of global solutions at SAP.

The German software maker is pushing new products—some developed internally and some acquired—that it is constantly updating.

“We have to act like a start-up,” Mr. Poonen said.

“Five years ago, it would’ve been tough to fund a company that was going right at the growth of one of the bigger companies,” said Mike Goguen of venture firm Sequoia Capital.

Now, however, businesses are looking for something new “and they don’t see the products from their incumbents.”

Others are more blunt. “This shift is the entire reason why we can thrive and even exist today,” said Aaron Levie, chief executive of Box Inc., a file-sharing start-up that counts Procter & Gamble Co.  PG +0.18% among its customers and in July raised $125 million in funding.

Many CIOs spent years installing complex systems from big vendors that handle tasks like balancing the general ledger and tracking shipments. Those systems are largely in place now, leaving businesses free to invest in other areas, like collaboration tools or software that analyzes data for trends.

That is what happened at Trident Marketing, a direct sales company in Southern Pines, N.C. While CIO Brandon Brown still uses systems from big companies, he recently bought analytics software from Fuzzy Logix LLC and call-monitoring tools from Coordinated Systems Inc., among other small firms.

Mr. Brown declined to disclose his budget, but said he can’t spend $500,000 upfront for a system from an established vendor using a traditional payment model, though he can afford $100,000 a year for five years in a subscription model favored by younger companies.

A big reason for the shift is the emergence of so-called cloud computing programs that can be accessed over the Internet and don’t require new hardware. In the past, every time the business expanded, “you had to pay Cisco and H-P and Oracle 20% more,” said Mr. Blanchette, the Vanguard CIO. That isn’t the case with the new programs.

“There is a lot of dissatisfaction overall with a lot of our vendors, especially the big ones,” said Ken Piddington, CIO of oil company Global Partners LPGLP +1.06% . “Too many times today, the bigger companies are just not as nimble.”

Write to Ben Worthen at ben.worthen@wsj.com

A version of this article appeared August 24, 2012, on page B1 in the U.S. edition of The Wall Street Journal, with the headline: Start-Ups Emerge as Tech Vendors of Choice.